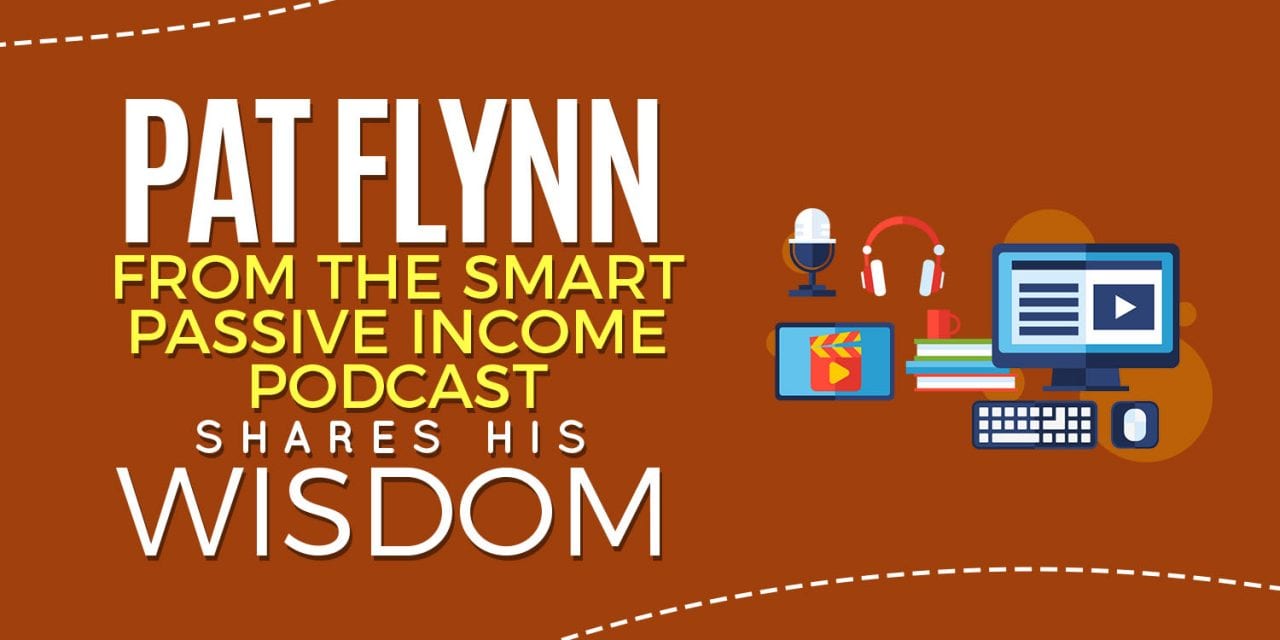 Today, I have Pat Flynn, from the Smart Passive Income Podcast and Blog talking to us about life, business, Podcasting and his latest book called “Let Go.”

Pat’s Journey is like everyone else these days – you get laid off (just like I was in 2001) and what do you do? You either start another job or you start a business and try to make a name for yourself. Pat decided to do just that – which is to make a name for himself. Today, he is known all around the web as one of the most transparent Entrepreneurs to date revealing his monthly income as well as his income streams on a monthly basis.

Join us for this interview that will not only leave you feeling excited to start the journey for yourself but you will also learn a lot about my friend, Pat Flynn.

When you reach a certain level of success, what drives you forward?

The unknown is what makes him excited and experimenting with things. The World Wide Web is changing a lot and I like to experiment and showcase everything I have. I also like to lead by example. What get’s me going the most is my kids – my kids are my biggest motivation.

I am also helping other people out there and showing them the opportunities. If I were not laid of, I would have never been in this position to do what I love to do.

What do you want out of your legacy? What is your plan for the next 5-10 years?

“Right now, the focus is on the kids and it’s making sure that all the decisions that my kids have the best opportunities and where they want to go to school… This is the motivation for my business so that I give them opportunities.”

Pat wants them to know that dad did it the right way and that I led by example. He doesn’t want them to say that dad made bad decisions and when he makes a decision, he always thinks about what the kids will think when they grow up.

Besides that, he also wants the relationship with his audience to be remembered as well by him doing the best and providing the most value. He also wants a physical published book so that he can go to the bookstore and say “dude, there goes my book.” So far, traditional publishers have contacted him and the big thing is that he wants to be known or remembered as the guy who started the whole trend of online business the “honest and right way.” People who can be honest, transparent and focus on the relationship before selling. His motto is to give away as much value as he can.

I know you’re making a lot of money, but do you invest any of your earned money?

It’s all being invested. Some are short-term goals like buying a house and later, real estate. He is also invested in education funds for his children. He believes that you learn a lot from time management, people skills and there is a lot of value and personal growth by going to college. So he believes this is important for his kids.

Besides that, he is also playing with individual stocks, real estate. Pat wants to makes sure he lives within his means even though he loves that Audi R8. All the toys can come later but most importantly; the kids and making sure that the family is financially secure. As a side note, Pat loves the DeLorean.

Tell us a little bit about how you keep focus?

“Right now, the schedule is focused around kids. Most of the work done is between 9pm and 2am in the morning.”
Pat is a nigh towel and that’s when he can focus the most and write the most. Pat suggests finding out for yourself when you’re the most focused. Do one thing at a time and also focus on small milestones. He always takes one project at a time and one milestone at a time and when that is done, he then moves onto something else.

There are so many things fighting for our attention right now but if you want to divide all of the things you want to focus on, you’re not going to make headway and its just better to complete it and move on before doing something else.

There are also a lot of other things he does because he has such a wild imagination – he has an alarm go off, every hour that says “are you doing what you’re supposed to be doing right now?” “Is what I am doing is helping me reach my next goal or milestone?” Every once in a while, when he is doing something he is not supposed to, be doing the alarm keeps him staying focused.

What do you fear?

For a long time he feared public speaking – but once he did the podcast, it trickled down especially when he did his YouTube videos. Public speaking is world’s worst fear, its like death, Pat says. He started in October 2011 (speaking), 1 or 2 every couple of months and he still gets scared. He works with a coach and as a result, he’s become a better communicator. He always asks himself “what’s the worse that can happen?” The first thing he thinks about is the worse case scenario that could happen but its just his brain giving him “mind frick.”

Pat created a scenario in his head where he would be thrown at by rotten tomatoes; then he would have to run away and he would fall and break his nose on stage” as he is running away.

He also mentioned that this would never happen but the fear of public speaking made him feel this way. However, realistically, what is the worse that can happen? The worse would be that people will say, “that wasn’t so good or they didn’t enjoy it” so in the end, he always ask himself “how can I make it better”? He also watches dozens of TED talks to learn how to speak better.

Another thing he fears is losing control – especially when he was working before he was let go and he worked so hard. He wants his results to be more about what he has done or what he has not done enough of and he wants to make sure he is in control of his own destiny. He can’t imagine himself not being his own boss and not making decisions in his own life.

Tell us about your biggest recent failure?

“There was quite a bit actually and it depends on which company you’re referring to that I started and failed at, Pat says” The biggest was an iPhone company where we spent a little over $6000 on an iPhone app and then we got back the beta version and we didn’t get it to where we envisioned it and then spent another $6000 and didn’t even release it because we were rushing to get the whole thing out before Christmas. The problem was that we didn’t sit and plan out if the developers we hired can do the job or if they had the capabilities. There were a lot of lessons learned there but my success with software was not very successful because we also tried to create a word press app but I had a hard time with it as well, Pat says…

“There was also another web site I created where I wanted to help people use Photoshop and how to create banner ads, buttons for email lists, blog posts, etc.. We created the whole platform and for some reason I was creating to the tutorials and I didn’t want to do it anymore. I wasn’t sure if something else was taking my attention away from it. I actually started creating the actual meat & content of the site but I wasn’t having fun, Pat reveals.”

“This actually takes me back to High School where we all wanted to become entrepreneurs and we created business cards and we were like we created C++ and this and that but it was just a business card and no business.”

What are some of the lessons you have learned about podcasting?

“Podcasting has exploded and most of my audience has come to me as a result of people listening to me, Pat reveals”

He then tells a story of a woman he talks to on a social media conference and he asked her what she remembers about his show and she said “I remember when you were a big baby, in one of your episodes you said that you were eleven ounces.”

Pat says “but this was crazy, out of all the episodes, this was the one thing she pulled out. That is something you know about a friend or a family member but there she was telling me this. Then she says, “I feel like I know you.”

That’s the cool thing about podcasting; the podcast has a way to connect you and the listener, using the power of your voice. People don’t need to be online or with you but they can connect withy you while they walk, drive to work or go to the gym.

What are some of the best ways to promote a podcast?

One of the coolest strategies for your podcast.. Sort of how I am on yours and I will add it to the blog and on social networks is to give value as a host and ask them to post a link and share it the interview with their listeners. The guest will look good and because they have someone else interviewing them, that’s one way to put you in front of their audience you would not have been otherwise.

Pat also mentions – you have to focus on iTunes because there are SEO capabilities and if you have relevant terms on your podcast, you better make sure to have it in in the title of your show. Also, you cant keyword stuff but just remember that iTunes runs on an algorithm.

Another interesting thing is to mention other podcasts you like on your show and your listeners might subscribe and as a result, your podcast will show up on the related area of the other podcasts as a bonus.

I want to talk about your book let go. Can you tell us more?

My book is about the abilities of letting go of what I had been conditioned for my whole life of working for a 9-5 position. My dad wanted this for me. He retired and he thought it was good and I thought it was going to be the same for me.

If you look at the book cover, there is an elephant with a strong analogy. When baby elephants are trained, they tie one of the legs to a stake on the ground. Because they are not powerful enough to break free, and as they grow up, this conditioning they had as a baby enables them to believe that they can’t break free

For me it was this whole idea that I want to walk away from everything I learned as I was younger and break away from the status quo. I am just a regular guy, there are amazing opportunities and my book is about discovering it.

Links discussed in the show:

Did you guys enjoy the interview with Pat Flynn? What was your #1 takeaway from this whole interview? 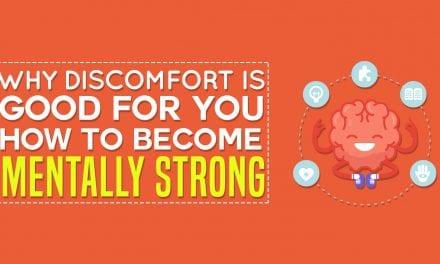 EP030: Why Discomfort Is Good For You & How To Become Mentally Strong 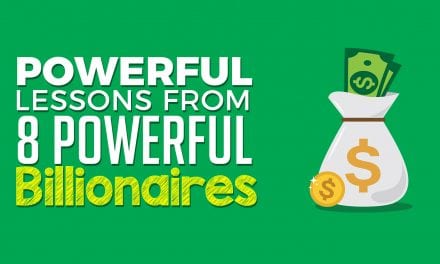 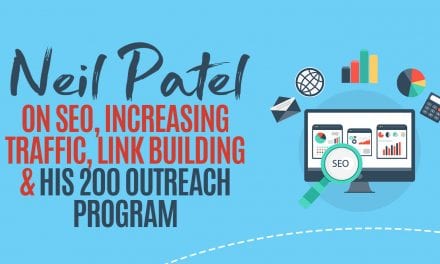 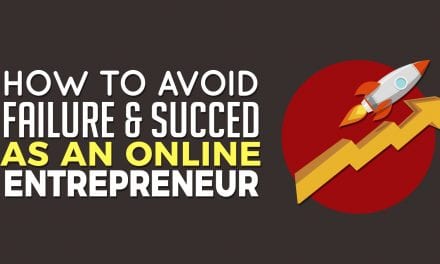